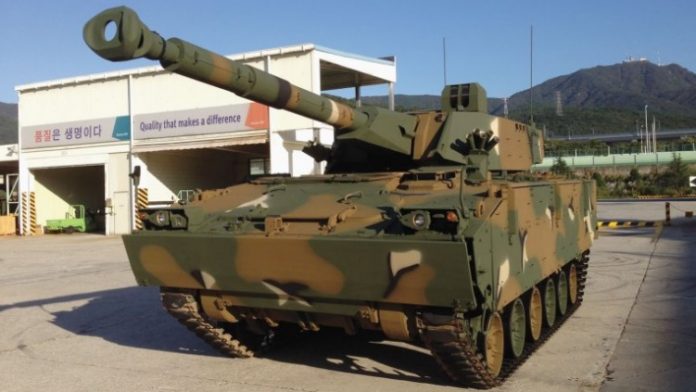 The Republic of Korea’s Hanwha Defense appears ready to propose a candidate to address the Indian Army’s requirement for a light tank. India’s Defense Ministry issued a Request for Information dated 22 April 2021 describing its intent to acquire 350 light tanks.

The RFI described a new generation combat platform of less than 25 tonnes “along with performance-based logistics, niche technologies, engineering support package, and other maintenance and training requirements.”

This would be produced in India. The initiative is viewed as a response to the tensions in Eastern Ladakh of the northern mountainous regions and the China’s People’s Liberation Army fielding of its ZTQ-15 light tank. An RFI reflecting a similar need had been issued in 2009 but did not proceed.

Hanwha Defense has a developed a version of its successful K-21 Infantry fighting Vehicle, the K21-105, which mounts a 105mm tank gun turret on the K-21 tracked chassis. This was offered as a candidate for the US Army Mobile Protected Firepower vehicle requirement in a collaboration with the US firm SAIC.