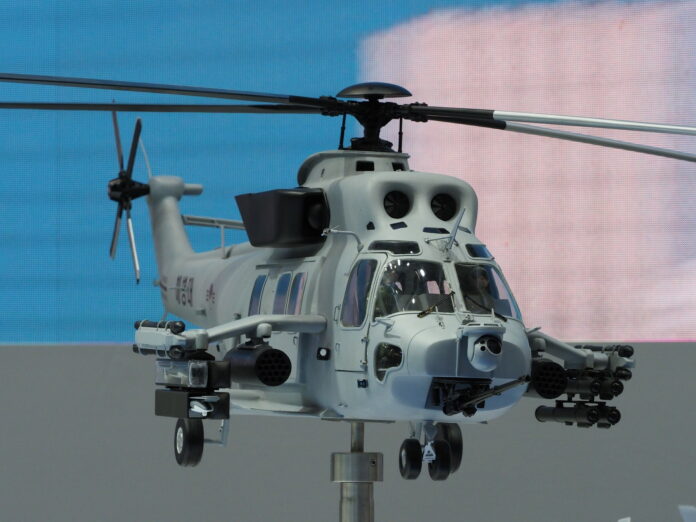 Korea Aerospace Industries (KAI) has been awarded a contract to develop a multirole attack helicopter for the Republic of Korea Marine Corps (RoKMC), which could be based on its MUH-1 Marineon amphibious helicopter design.

KAI said that it had signed a contract with the Ministry of National Defense’s (MND’s) procurement agency Defense Acquisition Program Administration (DAPA) in a regulatory filing on 27 October. According to the company, the development contract is worth ₩438.40 billion (US$308.65 million) and is to be completed within 46 months.

“The project involves the development of a homegrown amphibious attack helicopter capable of covering the [RoKMC’s] amphibious manoeuvre helicopters and air assault units, and providing air fire support for ground combat units during deep manoeuvre and between the final operations,” KAI stated.

DAPA first announced the RoKMC attack helicopter requirement on 26 April 2021 and had indicated an initial buy of between 20 and 24 rotorcraft at a provisional cost of around US$1.44 billion. The agency also stated at the programme is expected to commence in 2022 and be completed by 2031.

Intended roles included amphibious assault operations, particularly around in the north-western islands near the inter-Korean border. The helicopter must be compatible for operations alongside Marineon helicopter, which is already in RoKMC service.

No further details were provided at that time, although it emerged after a year-long study conducted by DAPA’s Defense Agency for Technology and Quality (DTaQ) concluded that acquiring a locally developed helicopter capable of operating from the RoK Navy’s (RoKN’s) amphibious assault ships would be more cost-effective than acquiring a foreign design. 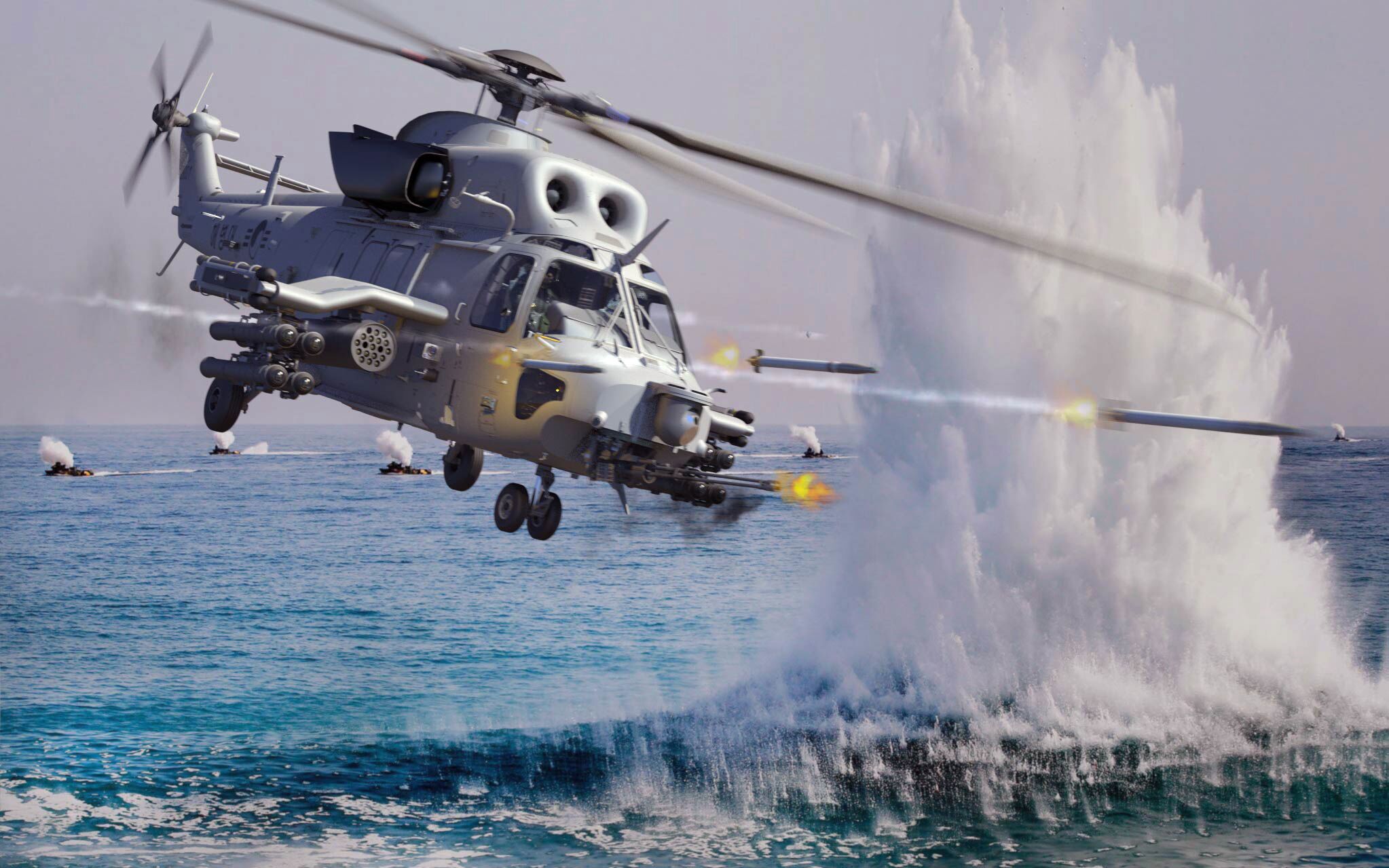 Bidding for the programme began in January 2019 with offers from five companies: Bell Textron with its AH-1Z Viper, Boeing with its AH-64E Apache Guardian, Turkish Aerospace with its T-129 ATAK, Lockheed Martin-Sikorsky with its S-70i, and KAI with its Marineon KAI was the only South Korean company in the bidding process.

It was also reported at that time that the RoKMC had indicated a preference for a foreign design, with the Bell AH-1Z and a marinized variant of the Boeing AH-64E seen as leading contenders.

Concept art of the future RoKMC attack helicopter released by KAI indicated that it will be armed with comparable weapons fitted to the company’s Light Armed Helicopter (LAH), with a 20mm calibre three-barrelled gun turret in an undernose mount, Chungum (Sky Sword) anti-tank guided missiles (ATGMs), and 70mm rocket pods. It is also understood that the attack helicopter will also possess short-range air-to-air capabilities with missiles such as the FIM-92 Stinger.