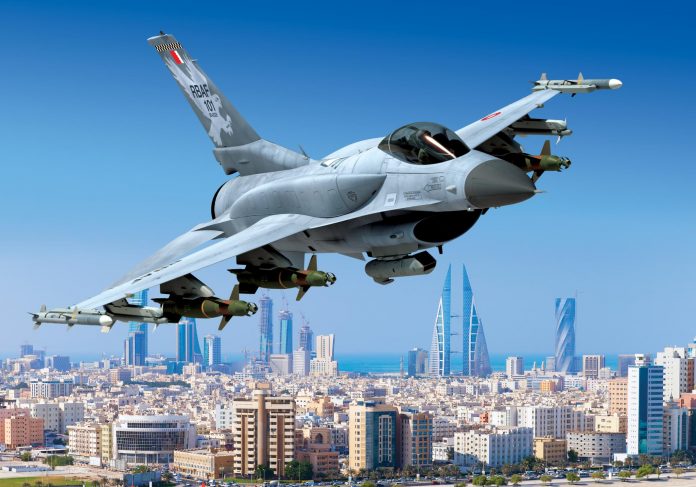 Clarion Defence & Security, the largest organiser of Defence & Security events in the world and organisers of the Bahrain International Defence Exhibition and Conference (BIDEC) are proud to announce Lockheed Martin as Gold Sponsor of BIDEC 2017.

Lockheed Martin, a global security and aerospace company based in Maryland, USA and has joined the ever growing list of exhibitors at BIDEC 2017 which include Otokar, Bell Helicopter, BAE Systems, MBDA and Berretta to name just a few.

BIDEC 2017, scheduled to take place on 16-18 October 2017, will be Bahrain’s first ever tri -service defence exhibition and will be hosted under the patronage of His Majesty King Hamad bin Isa Al Khalifa in addition to full support by Bahrain Defence Force.

George Standridge, Lockheed Martin, Vice President, Aeronautics Strategy & Business Development says “Bahrain International Defence Exhibition & Conference brings together key leaders from around the global security and defence industry, providing a platform for us to engage with our most important customers from the Middle East and far beyond. We look forward to participating in this year’s exhibition to strengthen relationships with local governments and industry partners and showcase how our technology can help regional partners navigate today’s security environment.”

Thomas Gaunt, Event Director of BIDEC 2017 says “Lockheed Martin confirming their Gold Sponsorship of BIDEC 2017 is a fantastic endorsement for the exhibition and reflects the ever-growing requirement for such an event in Bahrain. The overwhelming demand for exhibition space has resulted in an extension to the BIDEC floor plan; we are really looking forward to the show this October.”

With over 3000 international visitors expected to attend, BIDEC will also host unique features including Shooting Range Exercises, a Warship Display and Military Vehicle Demos. The Middle East Military Alliances and Coalitions Conference, addressing the biggest challenges facing the region, will also run alongside the exhibition.