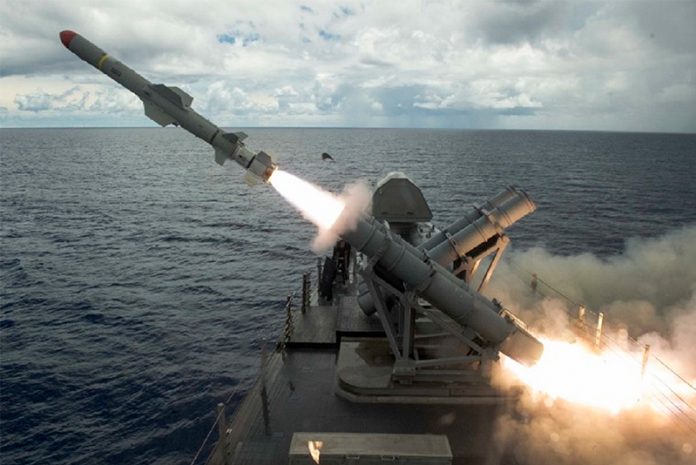 According to the US Defense Security Cooperation Agency (DSCA), the contract modification covers the acquisition of 467 full rate production Lot 91 Harpoon Block II missiles and support equipment for several FMS customers. The bulk of the work will be performed at Boeing’s facilities in St Louis, Missouri, and McKinney, Texas, and is expected to be completed by 2026.

The eight missiles will likely be destined for the RTN’s second Krabi-class patrol vessel – HTMS Prachuap Khiri Khan (552) – which was commissioned at Sattahip, Chonburi, on 27 September 2019.

Built by Bangkok Dock, Prachuap Khiri Khan is the second of two Krabi-class vessels that is derived from BAE Systems’ successful Offshore Patrol Vessel (OPV) design, which has also been adopted by the Brazilian Navy as the Amazonas-class and the UK Royal Navy as the River-class OPVs.

HTMS Prachuap Khiri Khan has also been equipped with a pair of twin launchers for the Harpoon Block II ASMs, although these are absent on Krabi.

Other RTN ships armed with the Harpoon Block II ASMs include the service’s new Bhumibol Adulyadej-class guided missile frigates built by South Korean shipyard DSME based on its DW3000 design.

Besides Thailand, the FMS contract modification will also benefit the navies of Brazil (4), Qatar (53), Saudi Arabia (402), and also provide support for existing users such as Japan, the Netherlands, India, and South Korea.

The Harpoon Block II features improved guidance systems, which expands its engagement envelope to 67nm and makes it less vulnerable to electronic countermeasures.